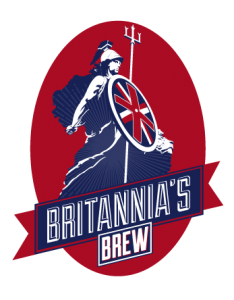 Raise a glass to Britannia’s Brew, the official beer of Beer Day Britain. Each year Brewster’s Brewery in Grantham (founded by Sara Barton British Brewer of the Year emeritus) brews a golden ale that contains English hops and botanicals to represent the home nations – rose petals, heather flowers, seaweed and flax seeds. And each year Sara Barton invites a fellow beer lover to suggest a tweak to the recipe and to join her on brew day. Iterations of Britannia’s Brew have included in 2017 the addition of Earl Grey tea leaves and New Zealand hops as championed by Stu McKinlay co-founder of Yeastie Boys Brewery, and in 2018 ginger to represent Grantham’s very own Gingerbread delicacy suggested by Hawken’s Gingerbread.

No matter what the recipe, Britannia’s Brew stays true to its intention of being a delicious session beer for celebrating Beer Day Britain.

For Beer Day Britain 2019 Britannia’s Brew is a brand-new hybrid style that we’ve named a bockenale. This is a unique co-ferment of Brewster’s ale and lager house yeasts. Style-wise it is a combination of a Mai Bock flavoured with elderflower from Belvoir Farms, and a Golden Ale at 4.8% ABV.

If you want to order casks or kegs of Britannia’s Brew please contact Brewster’s Brewery via this link.

But hurry it’s a limited edition.  Don’t miss out!